Apache TVM is an open source machine learning compiler framework for CPUs, GPUs, and machine learning accelerators. It aims to enable machine learning engineers to optimize and run computations efficiently on any hardware backend. The purpose of this tutorial is to take a guided tour through all of the major features of TVM by defining and demonstrating key concepts. A new user should be able to work through the tutorial from start to finish and be able to operate TVM for automatic model optimization, while having a basic understanding of the TVM architecture and how it works.

An Overview of TVM and Model Optimization¶

The diagram below illustrates the steps a machine model takes as it is transformed with the TVM optimizing compiler framework. 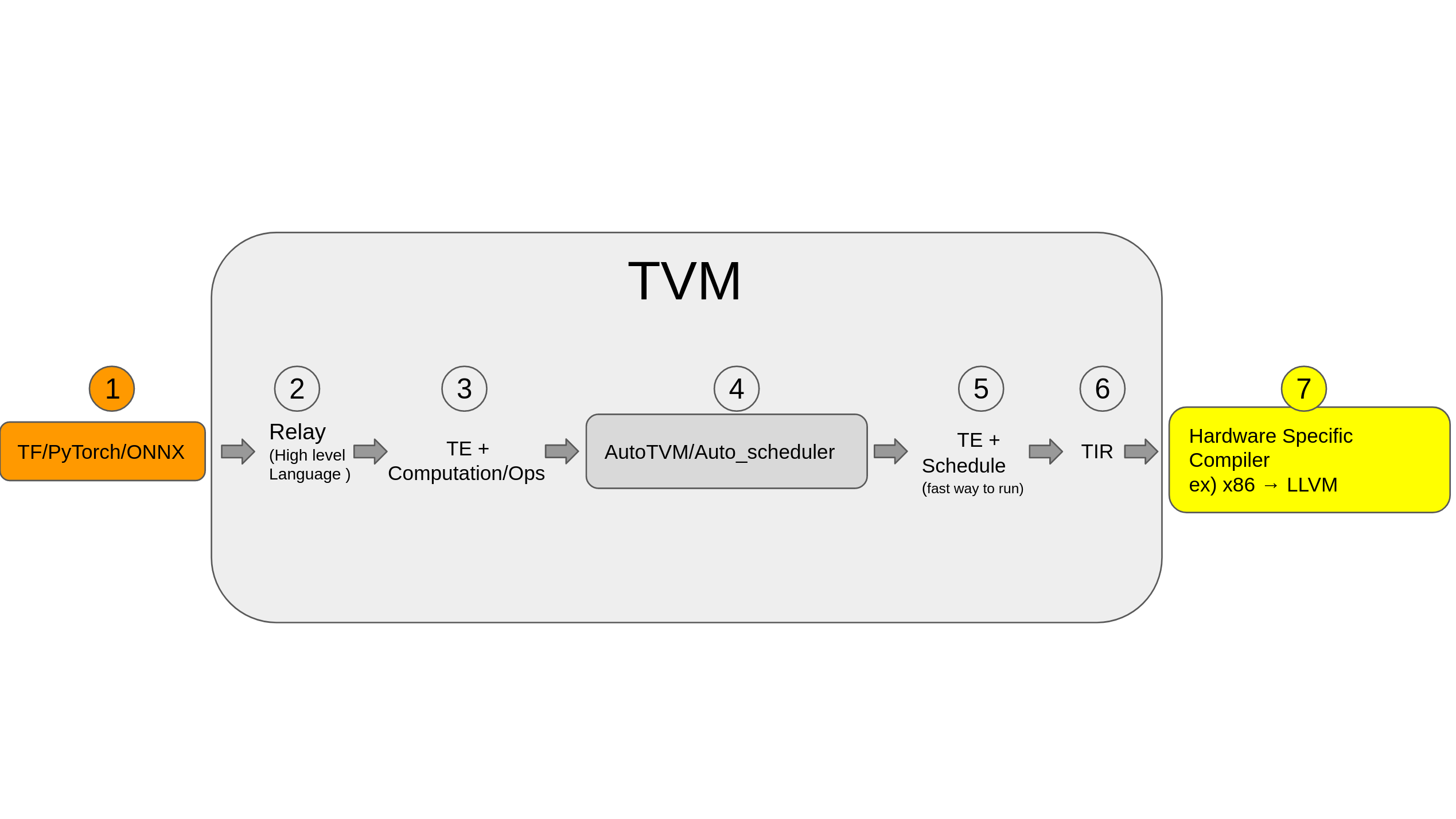 The remainder of the tutorial will cover these aspects of TVM in more detail.